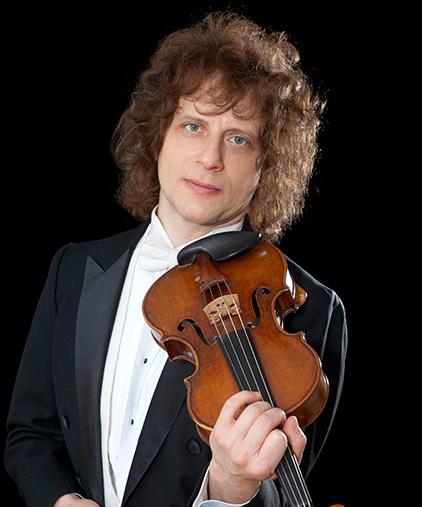 Re: Soloist with the Philadelphia Orchestra

“Violinist Alexander Markov joined the Sibelius observance, playing the Concerto with a sure hand.
Markov’s playing is full of admirable strengths, and after the audience had applauded the Sibelius, he returned to Play Paganini Caprice no. 24. In that unaccompanied showpiece, he displayed the anticipated vast technical gifts. He built the piece through the increasingly taxing variations, drawing audible enthusiasm from listeners with the variation marching left hand pizzicato and terse bowed notes. It was a flaw of color in this program of Nordic solemnity.”

Re: Soloist with the Baltimore Symphony

“A bravura violinist in the best tradition.”

“I heard on numerous occasions the performances of Alexander Markov. Technically, he has a perfect control of the violin and his sound has  a full dynamic range from a subtle “piano” to a powerful “fortissimo”. He has a profound musical intelligence and rich intuition.
Once I managed to hear his performance of the 24 Paganini Capricci on TV. I am certain  he is one of the most interesting violinists of his generation in the entire world.”

“The most exciting violin recital this listener has heard in quite some time. Mr. Markov’s playing is marked by a Romantic effusion that comes so naturally it never seems vulgar or affected. He seems to have stepped directly out the past although - he plays like an old 78 recording come to life, without the pop and sizzle of shellac. Mr. Markov scoops and slides with an emotional intensity that has all but vanished from contemporary violin playing. Somewhere Mischa Elman is smiling.”

“Heifetz was Vieuxtemps’ most celebrated exponent. Now comes Alexander Markov, a Russian-born American, with volatile accounts of the Second, Fourth and Fifth Concertos. Heifetz never recorded the Second, but he remains unsurpassed in the Fourth and Fifth. Yet Mr. Markov makes his mark. He plays these scores with a conviction even Heifetz might admire, and his technique and tone are beyond reproach.”

Re: Soloist with the Cincinnati Symphony

Classically rocking’ violin. He straddles the line between classical, rock and pop.”

“For ordinary mortals the mere notion of playing all 24 of Paganini’s fiendishly taxing Caprices in one concert borders on the certifiable. The fact that Alexander Markov pulled off this prodigious feat with such scintillating virtuosity and then had the audacity to follow on with an absorbing reading of the Bach D minor Chaconne as an encore had most members of the Wigmore Hall audience shaking their heads in disbelief… Unforgettable.”

“An undoubted virtuoso of master quality. The audience was not only ready to acclaim him, it was prepared to idolize.”

“He is without doubt one of the most brilliant and musical of violinists. Alexander Markov will certainly leave his mark on the music-lovers of the world and in the annals of the violin virtuosos of our day. A magnificent film of the 24 Paganini Caprices by Bruno Monsaingeon is testimony.”